At Healthy Life Recovery, we know that heroin addiction is about more than just a physical dependence on the drug.  If this were the case, then a physical detox from heroin would put an end to the addiction.  Heroin worms its way into every aspect of a user’s life.  It makes life without the drug seem bleak and meaningless.  People who become addicted to Heroin gradually lose more and more of themselves to the drug.  Their physical health, relationships, and professional goals all suffer from the addiction.  With nothing left but the drug, Heroin addicts can’t imagine life without it.

We get to the root causes of why a person began using drugs.  By examining the issues that the addict sought to overcome with heroin we can introduce healthy alternatives.  We teach our clients how to use coping skills and supportive communities to help them deal with heroin cravings and learn to live a Healthy Life.

Heroin addiction has been increasing in the United States over the last decade.  In 2017, nearly 494,000 people in the US over the age of twelve reported using Heroin in the past year.  The availability of prescription opiates and the abuse and addiction that come along with them has introduced a new generation to heroin.  When prescription pain killer addicts look for a cheaper and more easily attainable high, they inevitably turn to Heroin.

The shadow of death always follows Heroin addiction.  As addiction rates rise, so do overdose deaths.  Between 2002 and 2013, overdose deaths caused by Heroin quadrupled.  In 2013 more than 8,200 people died from a heroin overdose.  Because of the inconsistencies in the purity of street heroin, a user can never know how powerful the drug is until they use it.  This, coupled with the increasing amount of fentanyl appearing in illicit drugs has created a deadly situation that claims more lives each year. 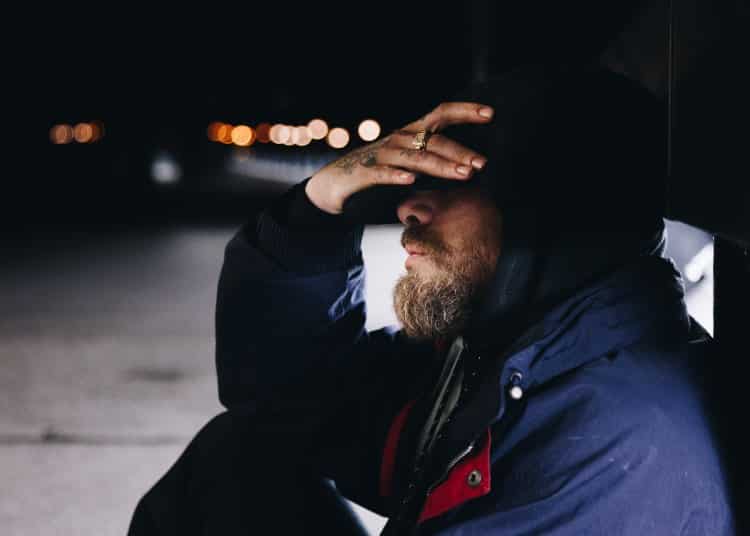 Heroin use hacks a person’s brain chemistry and causes a flood of dopamine to be released.   Dopamine is a naturally occurring brain chemical that is used in the reward system of a person’s brain to create feelings of contentment and euphoria.  When doled out correctly dopamine rewards a person for making choices that contribute to their survival.  Dopamine is released after a good night’s sleep, exercising, eating nutrient-rich foods, and having sex.  When functioning properly, dopamine imprints a positive memory on these activities and encourages a person to continue these activities.  In many ways, this chemical reward system is responsible for a person’s survival.

Heroin subverts this natural reward system by releasing massive amounts of dopamine when Heroin is used.  Not only does this create an incredibly powerful euphoric sensation, but it also imprints the experience on a user’s mind.  This is why heroin addiction is so hard to overcome.  heroin users become physically addicted to the drug and their mind becomes restructured to equate heroin use with their survival.  When recovering from a heroin use disorder, an addict will need to dedicate a substantial amount of time and energy to reversing this psychological programming.

There are many options to choose from once an alcoholic decides to reach out for help.  Most people start with a medical detox for alcohol and then move on to an inpatient or outpatient treatment program.  This is typically followed up with an aftercare program that will include support groups and a continuing care program. Therapy is an important part of addiction recovery.  In order to be successful, a person who has become dependent on heroin needs to learn to interact with their environment in a healthier way, Cognitive Behavioral Therapy (CBT) can reduce the amount of “triggers” that lead an addict to use heroin.  A lot of people relapse after a thirty-day treatment program because they were able to become physically sober when using heroin wasn’t an option.  But as soon as they are released back into their old environment they find that the urge to use is just as strong as ever.

These relapse-prone addicts benefit from learning to moderate their expectations on life in order not to become frustrated and stressed out when things don’t go their way.  By delving into the deep dissatisfaction with life that typically accompanies addiction, an addict can take steps to be more at ease with their environment and those around them.

Support groups are key to lasting recovery from Heroin Addiction.  The benefits of Therapeutic Communities in treating Substance Abuse Disorders has been recognized by the medical community.  These support groups have been historically useful in fostering accountability and moral support for addicts in recovery dating back almost a hundred years.

Many people are aware of organizations like Narcotics Anonymous, but other groups have cropped up to offer new options for people looking for other ways to surround themselves with a support system.  Groups like SMART Recovery and Secular Organizations for Sobriety (SOS) offer support groups that aren’t as focused on spirituality. Many treatment programs also offer medication to help ease withdrawal symptoms and reduce cravings for recovering heroin addicts.  Some of the most common types of these medications are Methadone, Buprenorphine, and Naltrexone.

These medications affect the opioid receptors in the brain as agonists or antagonists.  Opioid agonists are medications that attach themselves to these receptors and produce an opiate-like effect, thus reducing withdrawal symptoms and allowing the addict to function more effectively.  Opioid antagonists attach to the brain’s opioid receptors and block the effects of heroin and other opiates, thereby reducing drug cravings.  Different medication-assisted treatments can be utilized during different phases of an addict’s recovery process.  These medications have been proven to increase retention rates in addiction treatment centers and reduce relapse rates in recovering heroin addicts.

The symptoms of withdrawal typically last about 7 days.  The worst symptoms typically manifest between 2 to 5 days after the addict last used.  Common symptoms are nausea, vomiting, diarrhea, muscle aches, and cramps.  During a medical detox medications are used to help an addict get over these symptoms.  Medical professionals can also ensure the addict remains properly hydrated through the process and that no dangerous medical complications occur. Outpatient rehab for heroin addiction is a good choice for addicts who have either completed a 30-day inpatient rehab or who cannot completely walk away from their professional and familial obligations.  While participating in an outpatient rehab program, addicts typically live in a sober living facility, or back at home with their family.  They spend 5 to 8 hours a day participating in group counseling, individual therapy, and other supportive activities.

Our San Diego Intensive Outpatient Program provides structure and support for people reintegrating back into their daily life.  During the outpatient process, our clients will be able to work through their experience with Post-Acute Withdrawal Symptoms (PAWS) and get support from psychological professions for any issues that they may encounter in early sobriety.